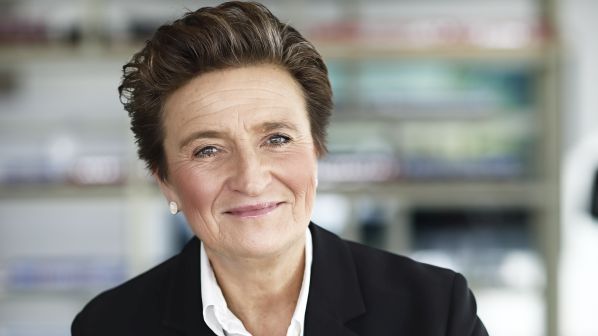 THE situation facing Sweden’s state-owned passenger operator SJ is quite different at the end of 2020 than when Ms Monica Lingegård signed up to become CEO in February. Like all European rail operators, SJ has suffered from a dramatic decline in passengers as the coronavirus pandemic halted all but essential journeys.

The operator’s second quarter results were equally poor: SJ reported an operating loss of SKr 656m following a 77% decline in passenger demand during the first wave of the pandemic.

Restrictions in Sweden were quite different from other countries in Europe. No formal lockdown was introduced with people encouraged rather than required legally to follow guidelines. And while Lingegård, who began working for SJ on August 17, says the situation almost returned to normal during the summer months with many people taking a domestic holiday, the onset of the cold, dark Swedish winter has seen people retreat into their homes and largely stay away from SJ’s trains.

“We are now back at 20% of sales compared with a regular month,” Lingegård says. “This is hurting us financially and it also puts a lot of stress and strain on the organisation. But we are the largest company in Sweden in terms of rail, we cover the whole country, and for us it has been important to still offer travel throughout Sweden. It is also something that our owner politicians want to secure.

“We haven’t been pushing to reduce the number of trains or lower our costs in the same way as we potentially could have. But we’ve done fantastic work ensuring that our trains are safe and secure for both our passengers and employees.”

SJ has accessed general coronavirus support measures available to all companies. However, Lingegård says SJ has not requested any direct support, stating that with the company’s strong financial position, it is a “situation we can live with.”

“If we look historically, we have had many good years in terms of financials,” she says. “That is helping us now. We have a strong balance sheet and have accumulated a lot of profit over the years and some of that has obviously been used in 2020. We still have strong cash reserves and a strong financial situation, which is extremely important for us as we want to continue investing in new trains and new resources. We will stick to our plan.”

“We still have strong cash reserves and a strong financial situation, which is extremely important for us as we want to continue investing in new trains and new resources.”

This plan includes a SKr 16bn investment in new rolling stock over the next three to five years. The Delta project to update SJ’s X2000 inter-city and overnight fleets is underway. However, the procurement of a fleet of up to 40 250km/h EMUs as part of this programme is yet to be finalised.

The procedure, which was initiated in 2017, was held up by a European Union Court of Justice ruling which stated that SJ was obliged to publish a notice under the Swedish Act on Procurement for the Utilities Sectors. SJ subsequently announced a new negotiated procedure without prior notice and confirmed in June its intention to award the contract to Bombardier.

However, with three suppliers questioning the procurement procedure and requesting legal review, SJ is prevented from signing any contract until the Stockholm Administrative Court decides the cases.

Similarly, the procurement process for the Zeta project to replace SJ’s regional fleet remains ongoing, with SJ stating that it has received a good response from the market. The operator is yet to decide the final number of trains that it will order and Lingegård would not comment on either contract award. However, progress is expected in 2021.

The operator is also continuing to expand its digital capabilities. SJ was ranked second in the Digital Leaders in Sweden 2019 study conducted by management consultancy Bearing Point, coming ahead of Swedish digital pioneers such as Spotify and Ikea, and was commended for improving customer service availability and increasing personalisation and involvement. The company slipped to seventh in the 2020 study, although it retained the same score.

SJ’s digital strategy was spearheaded by Lingegård’s predecessor, Mr Crister Fritzson, and Lingegård is keen to continue this work.

She says investments in projects to improve efficiencies in train maintenance are very important. The value of improving communication channels with passengers, something SJ has embraced through its various apps and channels, also became evident at the height of the pandemic.

“The situation where we have almost all passengers connected, where we can communicate directly with all of our consumers and all of our travellers has been very positive,” Lingegård says. “For example, we have been able to recommend passengers not to take a specific train because it is too full and offered an alternative. We have also been able to push through a new reservation system where you can ensure the adjacent seat is free.”

Downloads of SJ’s app have been strong among users of its new service in Norway where 10,000 passengers have signed up to SJ Prio, the operator’s group-wide loyalty programme. SJ won the Traffic Package North contract to operate Oslo - Bodø services as well as five lines in northern Norway in June 2019. The contract commenced a year later, and in October SJ reported that in the first three months it had met all of the customer’s requirements, netting a NKr 40m ($US 3.8m) bonus.

SJ Norway has benefitted from a Norwegian government support programme for operators to make up for expected lost revenue during the coronavirus pandemic and exceeded its ridership expectations during the summer months.

Norway’s Railway Directorate, which is overseeing bidding for Traffic Package 4, the next package comprising services around Oslo, confirmed in June that this award would be delayed by a year. Tendering is now set to get underway in January. Lingegård would not comment on whether SJ is planning to participate. However, she says the company is constantly looking at market developments in Denmark, Finland and Norway, and throughout the continent, but plans for growth are restricted by regulations.

“We would be happy to grow but the opportunities are limited, and it is not something we control,” she says.

Indeed, Sweden is one of the few European markets that is open to competition, and Lingegård believes SJ has benefitted. She says competing head-to-head with MTR on the Stockholm - Gothenburg inter-city route in particular has attracted additional travellers to use the train, helping to grow the overall market. “Everyone who works in competition understands that you need to be on your toes, you need to ensure that your customers choose you and not your competitor,” Lingegård says. “We have been at the forefront of developing our consumer offer, especially when it comes to the digital channels we offer.”

The dynamism of the Swedish market was reflected in two contract awards in December. While SJ won the competition to operate the 10-line Krösatågen regional network for 12 years from December 2021, it lost a SKr 4bn eight-year contract to operate the Mälardalstrafik network in the Stockholm-Mälardalen valley to MTR Jota.

Lingegård confirmed that expanding SJ’s overnight offer further is very much on her radar. The Swedish government approved plans to operate trains on the Malmö - Brussels and Stockholm - Hamburg routes in July and Trafikverket is set to procure these services by August 1 2022.

Lingegård says the desire of people to take long distance overnight trains in Sweden and to continental Europe because of concerns about the climate, is encouraging for SJ, although she admits expanding the company’s offer is not an easy process due to the many regulations in place.

“I have to respect the fact that you can’t just do these things even though I want to have a can-do attitude,” Lingegård says. “I’ve learned that this is more complicated than you would think. But we are definitely interested in securing services so we can offer train tickets to Berlin, or to Geneva, but it has to be financially stable.”

Of course, this financial stability is dependent on encouraging passengers to return to trains once the pandemic subsides. For Lingegård this is currently the “million-dollar question.” She foresees an uptick in demand from leisure travellers as rail takes market share from airlines, but expects rail travel for working purposes to decline.

“I do think we will see people working from home, not all the time, but a couple of days a week in the long-term,” she says. “I don’t think you will travel eight hours anymore just to have one meeting in the south of Sweden. But I think overall that we will return to a normal where we have a larger market share when it comes to overall travel in Sweden and the Nordic countries because people will rather take the train than the plane.”

Lingegård’s remedy for the changing situation emphasises flexibility to adjust to the needs of different customer segments. Suppressed demand looks set to continue for at least a few months yet. But Lingegård is confident that she has SJ on the right course to ride out the storm.

“I’m an experienced CEO and you just take on whatever you have to take on,” Lingegård says. “SJ is in a difficult situation, at least in the short-term, and we are dealing with other issues today with the pandemic situation and the need to manage financials by reducing costs as much as we can. But when it comes to our long-term strategy, it hasn’t really changed. I think that we have a very strong and healthy future once we overcome the constraints of the pandemic.”