32km line will achieve Iranian ambition of linking with Syria and Mediterranean. 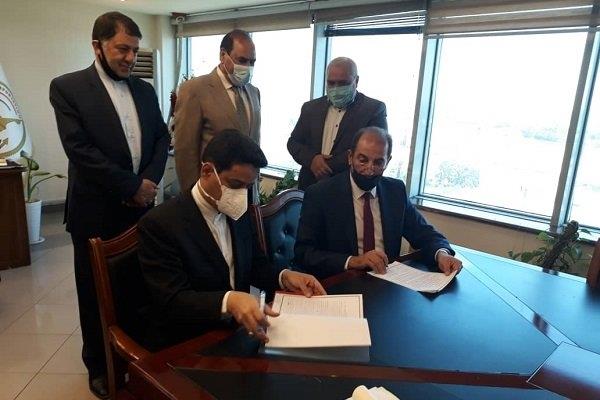 The signing of an agreement for the new Iran-Iraq railway.
Photo Credit: Ministry of Roads and Urban Development Islamic Republic of Iran.

IRAN and Iraq have reached an initial agreement to start work on the new $US 150m 32km Shalamcheh - Basra railway.

The new line will link Iran with Syria and the Mediterranean, a long-held ambition of Iraq, the country’s officials said at the end of May. The line will also carry freight travelling from Asia to Europe as well.

The ministers also agreed to continue the acquisition of land for the project in Iraq and to prepare arrangements for equipping the workshop, mapping and borehole drilling on both sides of the border.

In mid-May the Iranian deputy minister of road and urban development, Mr Khairollah Khademi, said the project would be executed by Iranian investors and that the international project would lead to a strategic change to the country in terms of transit and rail links.

15 agreements and memorandums of understanding have already been signed with Jordan and Egypt regarding energy and transport links for the new railway, according to a statement from the office of Iraq’s prime minister, Mr Mustafa Al Kadhimi, at the end of May.