Consultancy contracts signed to double one line and convert another to dual gauge. 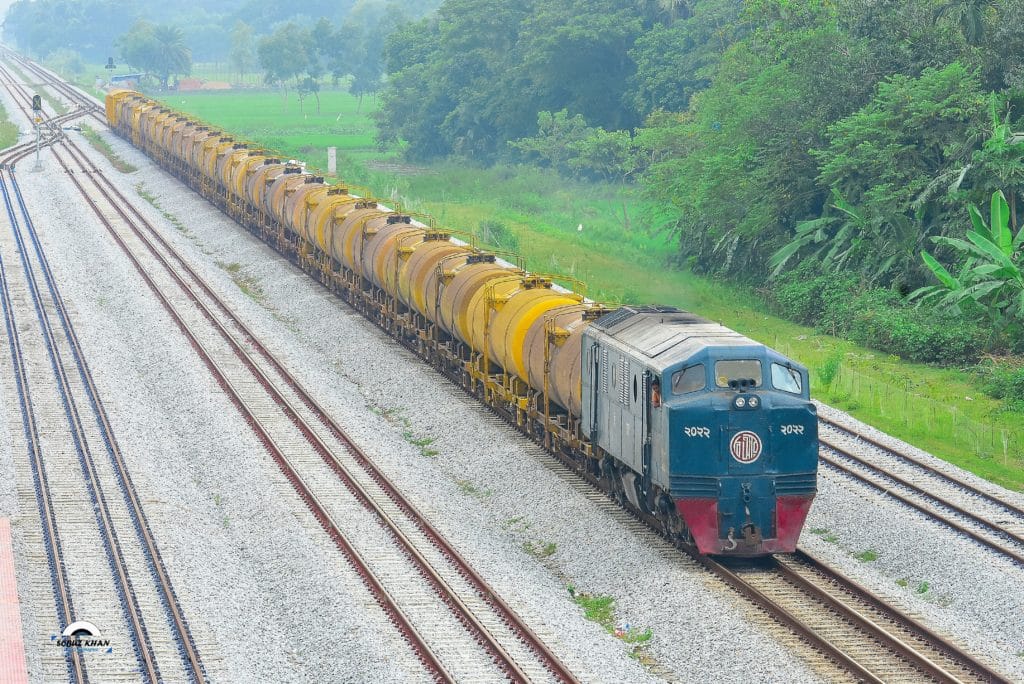 BANGLADESH and India have signed two railway consultancy contracts for the construction of a double-track main line between Khulna and Darsana, and for conversion of the metre gauge railway between Parbatipur and Kaunia into a dual 1676mm and 1000mm-gauge line.

The two projects are being funded to the tune of $US 2bn with financing under the concessional Indian Line of Credit (LOC). The contract signing ceremony was held in Dhaka between representatives of consultancy firms from the two countries.

The Khulna - Darsana project will cost $US 312.48m under LOC and the contract for consultancy services was awarded to a joint venture of Stup Consultants, Aarvee Associates Architects, Engineers and Consultants, and the Bangladesh partner Design Consultants.

The 126.25km double-track line will include a 14.4km loop, and work will also be needed on 147 girder bridges and culverts. When the project is completed, the enhanced line is expected to improve connectivity on the Khulna to Dhaka, Chilahati and Rajshahi routes, and also on the line between Mongla Port and Darsana-Gede, as well as increasing capacity for freight.

As for the rebuilding of the narrow gauge Parbatipur - Kaunia railway into a dual-gauge line, that is being undertaken at a cost of $US 120.41m under LOC and the contract for consultancy services has been awarded to a joint venture of Aarvee, Stup and Design.

This project involves conversion of 57km of line to accommodate the passage of 1676mm-gauge trains as well as the existing 1000mm gauge services, and it is expected that the move will improve efficiency and augment line capacity on Bangladesh Railways’ Shantahar - Panchagarh corridor, particularly the Lalmonirhat - Panchagarh section, and on the Kanchan - Biral route, where it will also help to ease cross-border traffic from Bangladesh to India. The modified line will also enable fuel to be transported directly from Khulna to Rangpur.

According to the Indian High Commission in Dhaka, the two rail improvement projects are together expected to greatly enhance future sub-regional connectivity, trade and commerce and so accelerate the economic growth of the entire region.