BRAZIL’s Federal Audit Court (TCU) has received a concession proposal for the Ferrogrão project, a new 933km railway that will connect Sinop, Mato Grosso, with the port of Miritituba, across the Tapajós river from Itaituba, Pará. 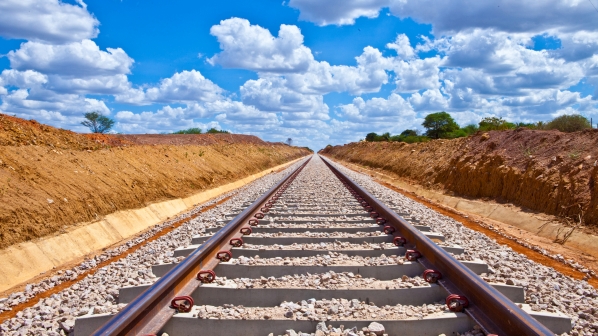 The TCU will now analyse the proposal, including technical studies, draft public notice and contract, before the invitation to tender for the 69-year construct, operate and maintain concession by the end of 2020.

The Ferrogrão project was developed by agribusiness trader Estação da Luz Participações (EDLP), which undertook studies for the line in May 2017. The line includes possible branches to Santarenzinho (32km) and Itapacurá (11km).

The project is expected to require a Reais 8.4bn ($US 1.5bn) investment for construction and the purchase of rolling stock, with this cost revised down from an earlier estimate of Reais 12.7bn. The line is forecast to carry 20.7 million tonnes of freight in its 10th year of operation after opening in 2030, increasing to 52.3 million tonnes by the end of the concession.

According to the Ministry of Infrastructure, Ferrogrão will be one of the most important lines in the country. The railway will play a fundamental logistical role in transporting corn, soybeans and soybean meal along with other products such as soybean oil, fertilisers, sugar, ethanol and petroleum products out of the state of Mato Grosso.

“Today, more than 70% of the harvest in Mato Grosso is transported to the ports of Santos, in the state of São Paulo, and Paranaguá, in Paraná, more than 2000km from its origin,” says minister of infrastructure, Mr Tarcísio Freitas. “This scenario shows the relevance of the project within the country’s freight logistics system, making it attractive to potential investors.”

The project is part of an initiative aimed at expanding the Brazilian agricultural sector as well as meeting demand for integrated freight transport infrastructure. The project will alleviate traffic on the BR-163/PA highway, reducing the flow of heavy trucks.

Key changes have been made to the project since it was first proposed. The length of the concession has been increased from 65 to 69 years to allow the planned investment to be recuperated.

The exclusivity period for operation of the new line has also been changed. The initial idea was to ban independent railway operators from competing with the concessionaire for the entire term of the contract. Now, it is expected that the winning concessionaire will have exclusive access only as long as Ferrogrão is not connected with the national rail network.

One of the challenges for the project will be attracting investors, as the development is a greenfield site that will cross part of the Amazon region at a time of harsh international criticism of president Jair Bolsonaro government’s environmental policy. However, this could be offset by the thousands of trucks the line will take off the road.