The tunnel is located on the Maribor - Šentilj line. 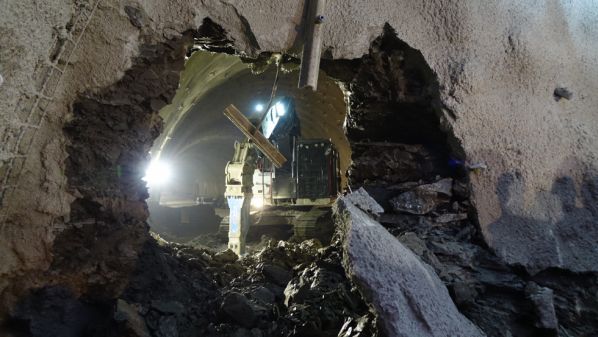 CONTRACTORS digging the 1530m-long Pekel tunnel in Slovenia celebrated breaking through the main bore on August 18. Preparatory work on the tunnel began in September 2020, followed by the start of tunnelling in May 2021.

The tunnel is being excavated using the New Austrian Tunnelling Method (NATM), where different wall reinforcement techniques are used depending on the type of surrounding rock. The excavated tunnel is 12m high and 13m wide.

A 246m-long emergency tunnel has also been built as part of the project.

The tunnel is being built as part of a new 3.7km alignment between Počehova and Pesnica, which replaces part of the Maribor - Šentilj line. The €101m project, which is funded by the European Union, also includes the construction of the 896m-long Pesnica viaduct, a new underpass and supporting structures, and is due to be completed in 2023.