Trains can only operate at up to 30km/h on the existing network. 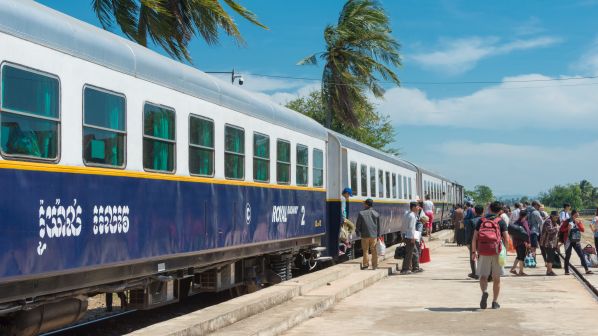 CAMBODIA is looking to upgrade its two-line rail network, which currently has a maximum speed of only 30km/h, with the government launching a feasibility study.

The prime minister, Mr Hun Sen , has instructed the Ministry of Public Works and Transport to undertake a feasibility study to upgrade the lines to “high-speed railways,” although the government has not given an indication of at what speed the upgraded lines would operate.

Cambodia has two 1000mm-gauge lines, with the first running from Poipet to Phnom Penh, while the other runs from the capital to the port of Sihanoukville. The 612km network was closed after being damaged during the civil war in the 1970s, but was recently repaired with the line from Phnom Penh to the southern provinces reopening in 2016 and from Phnom Penh to northern areas reopening in late 2018.

“We are considering the railway development and looking for a development partner to build high-speed rail on the existing railways,” Hun said.

The lines would be used for both passenger and freight services, and the government also plans to improve connections with neighbouring countries.