INDIAN Railways’ (IR) decision on June 18 to cancel the Rs 4.7bn ($US 63.3m) signalling contract with the Beijing National Railway Research and Design Institute has had an adverse impact on the Eastern and Western Dedicated Freight Corridors (DFC), with the completion deadlines for the two lines now extended by six months. 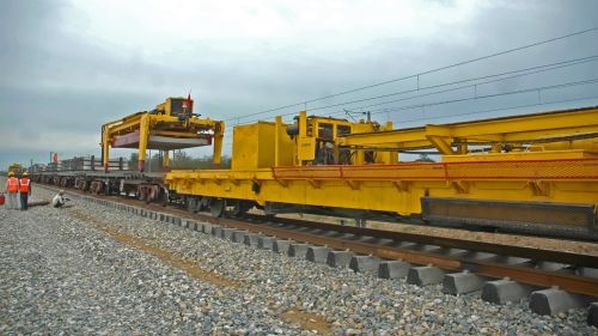 Instead of December 2021, the two lines are targeting completion in June 2022. The extension was announced by the chairman of India’s Railway Board, Mr Vinod Kumar Yadav, who cited the national lockdown in response to the Covid-19 pandemic as the reason for the delay.

However, officials associated with the project speaking on conditions of anonymity say the new completion deadline is still unrealistic as it would take a minimum of two years to award a new signalling contract on the 417km stretch connecting Kanpur to Mughal Sarai (renamed as Deen Dayal Upadhyaya station) on the eastern corridor.

Dedicated Freight Corridor Corporation of India (DFCCIL) awarded the signalling contract to the Beijing National Railway Research and Design in 2016. IR officials say the deal was cancelled following the company’s reluctance to furnish technical documents, as per the contract agreement. They say the Chinese firm also did not provide engineers and authorised personnel at the site.

The cancellation of the deal in June came against the backdrop of the India-China military faceoff in the Ladakh region.

The officials pointed to other problem areas that could also delay the project. Land acquisition issues at locations including Palwal need to be resolved, while important works such as the construction of a new flyover at Palampur have not yet begun. “By all indications, the project completion cannot happen within two years,” one source said.

IR conceived and launched the development of the two 3000km freight corridors in 2006 with the aim of decongesting the saturated mainline network by offering dedicated freight lines to speed up shipments while reducing overall logistics costs.

Sanctioned in 2006 at a cost of Rs 814bn, the two DFCs have missed several deadlines due to factors including procedural wrangling, land acquisition or environmental clearances. Originally scheduled to open in 2017, the project was initially delayed until 2018 before being pushed back to March 2020 and later December 2021.