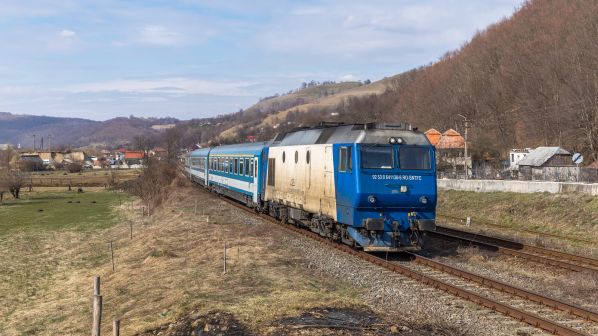 ROMANIAN Railways (CFR) has awarded a series of contracts for infrastructure upgrades, including lots 1 to 4 of the Caransebes - Timişoara - Arad project.

This forms part of a wider programme covering the Rhine - Danube Corridor of the Trans-European Transport Network (TEN-T), and will see upgrades including track doubling to enable passenger services to operate at up to 160km/h and freight trains at up to 120km/h.

A consortium of Webuild and Salcef has been awarded Lot 1 covering the 39.5km from Caransebes to Lugoj, worth Lei 1.3bn ($US 272.2m). The 53.9km Lot 2 from Lugoj to Timişoara Est was won by FCC Construcción for Lei 1.9bn.

CFR also awarded Webuild and Salcef Lot 3 for Lei 1.4bn, covering the 14km from Timişoara Est to Ronat Triaj, and Lot 4 where the 54.8km section from Ronat Triaj to Arad Nou will be upgraded for Lei 2.2bn.

CFR is undertaking a separate programme to modernise and electrify the 166km route from Cluj-Napoca to the Hungarian border near Episcopia Bihor, including resignalling with ERTMS Level 2. This programme is receiving Lei 9.4bn from Romania’s National Recovery and Resilience Plan (NRRP).

Work has been divided into four lots, with Lot 2 (Aghireş - Poieni) awarded to Railworks for Lei 1.5bn. FCC Construcción, Gulermak and CCN have been a Lei 21.bn contract for Lot 3, the 52.7km from Poieni to Aleşd.

Webuild, Pizzarotti and Salcef have been awarded a Lei 2.4bn contract covering the 50km Lot 4 from Aleşd to the border.