The contract includes the renewal of 1813km of track on the San Martín Cargas line. 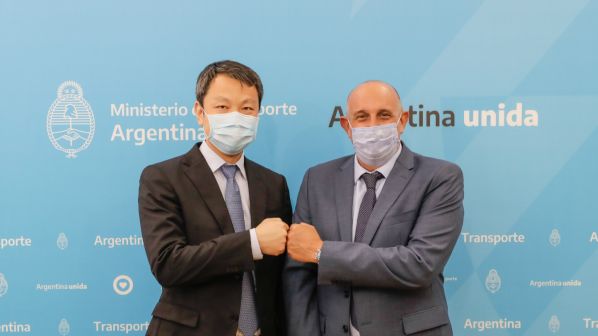 ARGENTINA’s minister of transport, Mr Alexis Guerrera, has met with mangers from China Railway Construction Corporation (CRCC) to advance the reopening of the San Martín Cargas line, after CRCC was awarded a $US 2.6bn contract, which includes the renewal of 1813km of track.

The roughly 1000km line runs from Retiro in Buenos Aires to Mendoza, near the Chilean border.

The reopening of the line is included in Argentina’s Railway Transport Modernisation Plan, overseen by Guerrera, and will have a direct impact on the regional economies in Mendoza, San Luis, Córdoba, Santa Fe and Buenos Aires.

“It is very important to move forward with the project to reactivate the San Martin Cargas tracks,” Guerrera says. “The recovery of freight trains is a clear decision that president Mr Alberto Fernández asked us to take. The railways are part of the Argentine reconstruction, they are the engine that boost regional economies, generate genuine work and position the country in the international market.”