CROSSRAIL has announced that plans to open the central section of London’s 117.5km £18.25bn Elizabeth Line next summer are no longer achievable due to delays caused by the Covid-19 pandemic. 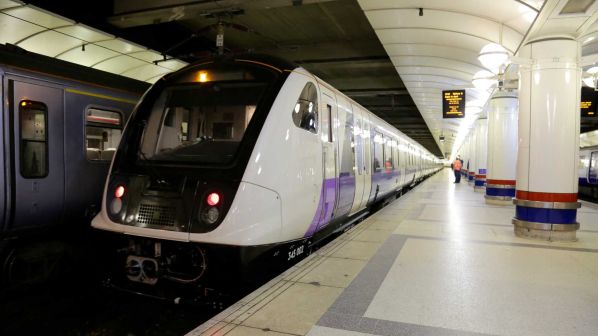 The company had intended to open the metro line’s 21km underground central section between Paddington and Abbey Wood in summer 2021. However, the project has faced serious disruption following the suspension of all physical work and dynamic testing from March 24 as part of a government-mandated coronavirus lockdown.

Crossrail resumed dynamic testing in the tunnels on May 30 and all physical work has resumed since June 15. Verification and assurance work continued throughout the lockdown. However, the company confirmed on July 23 that it would no longer meet its revised completion date with no alternative given.

“A programme of this scale and complexity was already challenging, the impact of Covid-19 has clearly made the existing pressures more acute," Crossrail said. “Due to a pause of physical activity on sites and significant constraints on ongoing work – time has been lost, only some of which can be recovered.

“The opening of the central section between Paddington and Abbey Wood next summer, as announced earlier this year prior to Covid-19, is not achievable.”

The news follows an announcement by the government on July 21 that Crossrail will need an additional £140m to complete work on surface lines in east and west London, which are run by Network Rail. Rail minister, Mr Chris Heaton-Harris, said the extra funding is required due to "some station and power upgrade work taking longer than planned." The funding is on top of an additional £650m increase in funding agreed in November 2019 for the project. The latest increase in funds is unrelated to coronavirus.

The line, which includes 42km of new tunnels, was originally scheduled to open in December 2018, and was expected to cost £15.7bn when announced in 2007. Opening has since been delayed twice to autumn 2019 and then summer 2021. However, even under the most recent timetable, the line was not planned for full operation before 2022.

From August, Crossrail will begin a five-week period of intensive construction work along the route to attempt to recover lost time in preparation for operational testing later this year. Crossrail says that further work is required to create a detailed recovery plan to re-sequence remaining work on the project and to fully assess the financial impact of the pandemic.

“We are striving to commence intensive trial running at the earliest opportunity,” says Mr Mark Wild, CEO of Crossrail. “Our focus right now is on completing the remaining infrastructure works so that we can fully test the railway.”

This latest delay comes less than two months after Crossrail chairman, Mr Tony Meggs, announced that they were “completely committed to doing everything we can, notwithstanding the real impact of Covid-19, to meet or beat the schedule that we outlined,” in a Transport for London board meeting on June 5.

The project is intended to cater to London’s rapidly expanding population, which is estimated to be growing by around 100,000 people per year, and to stimulate economic activity in the capital, with the potential to add an estimated £42bn to the British economy.

Upon completion, the new line will connect Reading and Heathrow Airport in the west, via central London, Greenwich and Bexley, with Shenfield and Abbey Wood in the east, and is expected to serve around 200 million passengers each year, increasing central London rail capacity by up to 10%.