THE Norwegian Railway Directorate has released an updated cost estimate and socioeconomic analysis for the extension of the Nordland Line from Fauske to Tromsø for consultation, at the request of the Ministry of Transport and Communications. 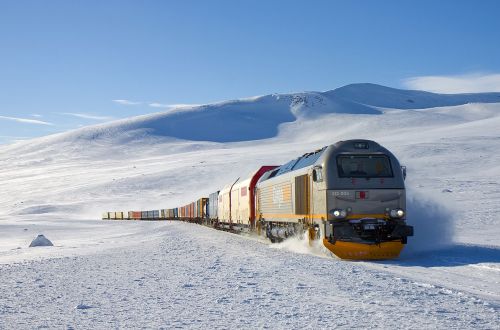 The analyses shows that a fully-developed railway will cost more than NKr 100bn ($US 11.6bn). However, the directorate says the line will not be economically viable, as calculations show a net loss for the state of between NKr 46bn and NKr 109bn.

The directorate says the line would reduce transport costs for freight and stimulate modal shift from road to rail. The line would also reduce CO2 emissions and result in fewer traffic accidents.

The railway would serve an expected increase in fish production and tourism, and includes a branch line from Bjerkvik to Harstad, a major fishing port.

The directorate appointed engineering and architectural consultants Asplan Viak to study the development of the line in January.

The new analysis supersedes an evaluation completed in 2011, which recommended that the line should run in tunnels for 58% of its length. This has since been reduced to 45%, as new regulations have seen the cost of tunnelling increase since the previous assessment.

The directorate has also investigated a phased development of the line, including building only the Fauske - Narvik or Narvik - Tromsø sections.

The Fauske - Tromsø Line would be around 375km long, while the Bjerkvik - Harstad line would be just over 80km long. The analyses found the full scheme development would cost NKr 113bn, while the line to Harstad would cost around NKr 20bn.

Consultation of the report will continue until October 1, after which the feedback will be reviewed with a final report sent to the Ministry of Transport and Communications towards the end of November.