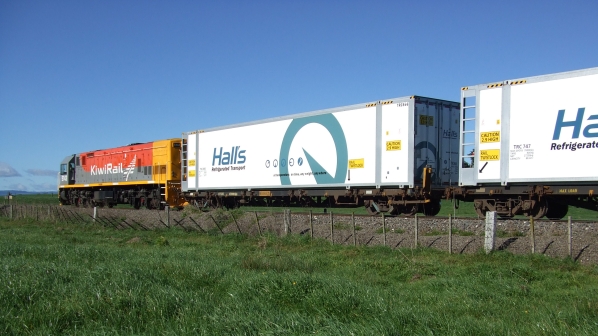 KiwiRail Group CEO Mr Greg Miller says the line was likely to close within 12 months without the capital injection.

Under the plan announced on September 6 by regional economic development minister, Mr Shane Jones, almost one-third of the track along the 181km line will be renewed, which will involve replacing 50,000 sleepers and 50,000m3 of ballast.

In addition, clearance will be increased in 13 tunnels to accommodate larger shipping containers, while five wooden bridges will be replaced with new concrete structures.

Other work to be carried out includes enlarging and stabilising nine embankments and the clearing of ditches, culverts and vegetation along the line.

The improvements will enable freight trains to travel at up to 70km/h, compared with 40km/h at present, and will reduce the journey time between Whangarei and Auckland from seven hours to five hours.

“Right now 95% of the freight in Northland is moved by road,” Miller says. “The improvements to the NAL are the foundation for addressing that imbalance.”

Jones says the upgrade will allow the line to carry more freight in a more reliable manner and help boost economic growth in the Northland region.

“We need a viable rail connection for the current and future growth of the north because we are not in a position to completely rebuild the roads with the new freight coming out of the north,” he says. “If you want more economic activity, investment and further growth in Northland we have got to invest in infrastructure.”