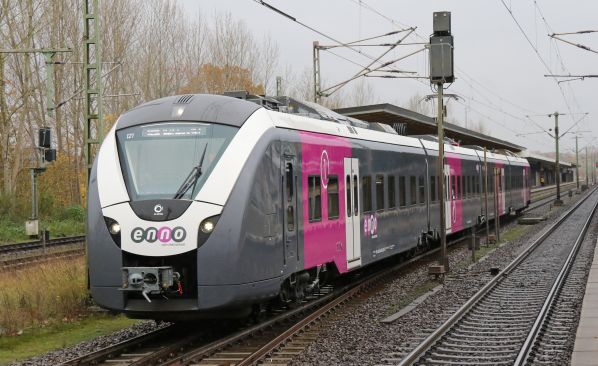 THE German finance ministry has agreed to fund a project to double-track an 18.3km section of the 21.1km route between Braunschweig and Wolfsburg, after the project was subject to additional review by the federal government.

The line, known as the Weddel Loop, was opened in 1998 to connect the Berlin - Wolfsburg high-speed line with Braunschweig and the rail network south of Hannover. The line was mainly built as single track to reduce costs, although planning authority for double track was granted at the time.

Original plans for the track-doubling would have seen work completed by 2023 but delays in approval for the necessary finance resulted in the completion date being postponed to 2025.

German transport minister, Dr Volker Wissing, welcomed the decision to proceed with the project, saying the review process had demonstrated the project was economically viable and necessary in terms of providing network capacity and resilience in the event of other main routes via Hannover not being available. The additional track will also support introduction of a half-hourly regional service between Braunschweig and Wolfsburg as well as adding freight capacity.

The scheme is now expected to cost €144.7m. This will be largely funded by the federal government, with the state of Lower Saxony contributing €9.8m, the Braunschweig regional transport authority €10.6m and infrastructure manager DB Network €100,000.