THE German parliament approved a €86bn budget for investment in the country’s rail infrastructure under the LuFV III performance and financing agreement for 2020-2029 on November 15. 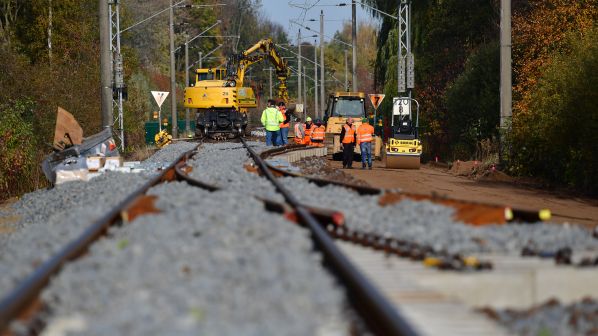 This follows an agreement reached on the budget between German Rail (DB) and the Federal Ministry of Transport (BMVI) in July. However, the federal government contribution’s to LuFV III has been reduced from €62bn to €51.4bn with national rail infrastructure manager DB Network responsible for most of the remaining investment.

The new LuFV III represents a 41% increase in spending over the previous LuFV II which ends this year. Under the new arrangements government funding for infrastructure will be around €5.6bn in 2025-2029 compared with around €3.5bn for the last five years.

Following recent criticism from the Federal Court of Auditors, DB’s access to the funds will be in tranches and funds from 2025 may be withheld if agreed objectives and controls are not met, although political agreement on how this will be achieved has yet to be reached. BMVI will be required to report every two years on progress versus targets for the rail investment programme and the Federal Court of Auditors is expected to play a greater role in ensuring DB budget control and project delivery targets are met.

Much of the funds will be spent on improving the overall state of repair of the rail network, which the German parliament said earlier this month totalled €49bn. The money will also be used to increase capacity at congested pinch points on the network to enable the introduction of the planned regular interval timetable from 2030.

DB is a key beneficiary of the federal government’s climate protection package, announced in late September. This will add another €20bn in rail investment up to 2030 with a capital injection into DB of €11bn planned in stages over the next decade. This will provide DB with significant additional capital, reducing the short term need to raise finance through borrowing or the sale of subsidiaries such as Arriva, which has been put on ice as all the offers received were below the book value of the company.

However, lobbyists representing DB’s passenger and freight competitors have raised significant concerns over the government’s decision to channel climate-protection spending solely into DB, as they fear unfair cross subsidy to DB’s freight and other services plus non-transparent prioritisation of investment to suit DB rather than the overall market. Legal advice obtained by opponents of the proposed capital increase for DB suggests it could be illegal under European law as it constitutes state aid to a state-owned company.