The track and superstructure of the line have been renewed. 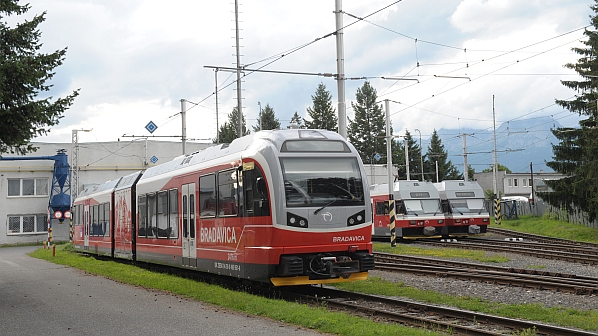 SLOVAKIA’s High Tatra rack-and-pinion line between Štrba and Štrbské Pleso has reopened a year later than initially planned after closing on July 5 2020 for reconstruction. The track, superstructure and permanent way on the 4.75km metre-gauge line have all been renewed.

National passenger operator ŽSSK has replaced the line’s two class 405.95 trains with five Stadler GTW three-car Stadler Rail class 495.95 EMUs, the first of which entered service on the Electric Tatra Railways (TEŽ) network in December. The new trains are able to operate on both the conventional and rack-and-pinion sections of the network, removing the need to change at Štrba.

A 4.75km line along the route first opened in 1896, but closed in 1932 with the infrastructure removed in the 1940s. Due to a ski championship in 1970 and increasing tourism, the line was rebuilt in 1968 with a short section rerouted from the original line.