Portugal: Comsa’s infrastructure division and Portuguese subsidiary Fergrupo, has been awarded a contract to renovate the 33.7km Pampilhosa - Santa Comba Dão section of the Beira Alta line, as well as to construct the 3.2km Mealhada Agreement link between the Northern Line and the Beira Alta line. 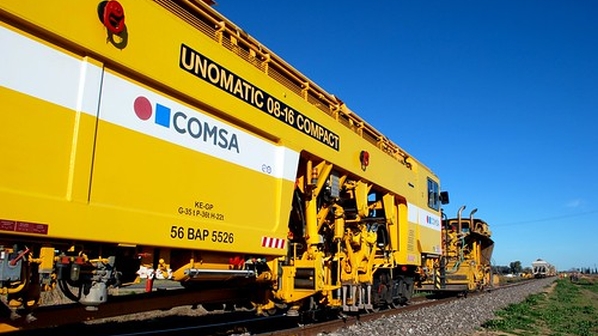 Both projects are integrated into the North International Corridor, and are considered a priority in Portugal’s Strategic Plan for Transport and Infrastructure.

Comsa and Fergrupo will also construct the Mealhada Agreement, a 3.2km electrified line north of Pampilhosa station between the Lisbon - Porto main line and the Beira Alta Line, which includes a 1.2km viaduct.

Czech Republic: Infrastructure manager SZ has begun renovating the roughly 8km Dětmarovice - Petrovice u Karviné line, which runs to the Polish border. The Koruna 3bn ($US 125.6m) project is being funded through the European Union’s Connecting Europe Facility (CEF) and a loan from the European Investment Bank (EIB).

The project includes upgrading the track, bridges, stations and level crossings along the line, and is due to be competed in July 2022.

Thailand: Bang Sue Central Station, which will replace the century-old Hua Lamphong station as Bangkok’s main rail hub, is expected to open in January 2021, along with the Red commuter rail line.

The station will become the main hub for diesel passenger services, electric commuter services and regional services, as well as providing a link between Don Mueang, Suvarnabhumi and U-Tapao airports.

The Baht 15bn ($US 484m) station will be equipped with maintenance depots for both diesel and electric trains.

Spain: Adif High-Speed has awarded a joint venture (JV) of Ardanuy Ingeniería and Urci Consultores a contract to provide consultancy and technical assistance during track doubling at Valladolid-Campo Grande station in Valladolid, as part of the development of a high-speed line to the northeast.

The JV will draft the conceptual design for the standard gauge line between Valladolid-Campo Grande station and the city’s northern junction, as well as the eastern freight bypass.

The €572,831 contract includes undertaking the work necessary to implement the double track, such analysing the existing track and its possible replacement, as well as future drainage works and the implementation of trenches, embankments, structures, crossings and switches, and 25kV electrification.

Germany: German Rail (DB) has launched a project to expand S-Bahn services between Cologne Messe/Deutz, Cologne Main Station and Cologne Hansaring, commissioning a design and planning package worth around €4m.

New S-Bahn platforms will be built in Cologne Main Station and Cologne Messe/Deutz station, along with a new station in Kalk-West for Line S11. The planning project is expected to be completed in the autumn.

DB is planning to expand the Cologne rail hub using Building Information Modeling (BIM). The Cologne hub is one of the largest bottlenecks in Europe, with more than 440,000 trains and 100 million passengers passing through Cologne Main Station each year.

Spain: Infrastructure manager Adif has awarded contracts worth more than €13.5m to secure the supply of wooden sleepers for the Railway Network of General Interest (RFIG).

The contract is divided into two lots, with the first to provide sleepers as needed for maintenance and the second to supply sleepers in special circumstances.

For detailed projects from around the world, subscribe to IRJ Pro.