Construction set to begin this summer and line could be open in 2025. 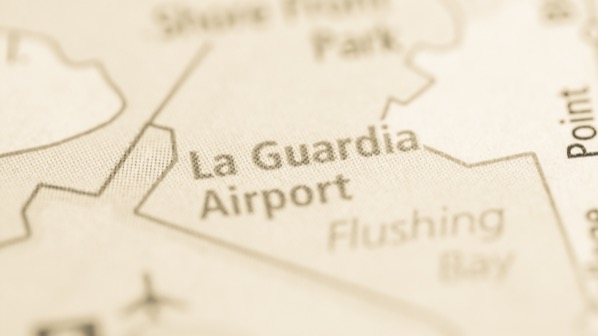 The new link to LaGuardia Airport could be open in 2025.
Photo Credit: Shutterstock.

THE Federal Aviation Administration (FAA) has approved the construction of the $US 2.05bn LaGuardia Airport (LGA) AirTrain project following the completion of a two-year environmental review.

The project is an elevated fixed-guideway automated people mover (APM). It will connect two airport stations with a transfer station at Willets Point. The other station will provide connections to the Met-Willets Point stations of the LIRR Port Washington Branch and the New York City Transit (NYCT) Subway Flushing Line 7. It would also provide a connection to a new employee parking facility at Willets Point. Journey times to Midtown Manhattan are expected to be 30 minutes.

Construction will begin this summer and the APM could be in operation in 2025.

The Port Authority of New York and New Jersey will now submit a future application for funding under the Passenger Facility Charge programme. This allows for the collection of fees added to passenger tickets, and these proceeds can then be used on certain qualifying airport projects, subject to FAA approval.

“LaGuardia Airport is the only major airport on the East Coast without a rail mass transit link, and it is way past time for that embarrassment to end,” says Port Authority executive director, Mr Rick Cotton.

The project is expected to create around 3000 construction jobs contribute more than €US 500m will be spent into the US supply chain.

New York State senator, Ms Jessica Ramos, a who represents the neighbourhoods near the airport called the decision a “slap in the face” and described AirTrain as a ”vanity project.”