New 110km railway will run from Lelystad to Groningen. 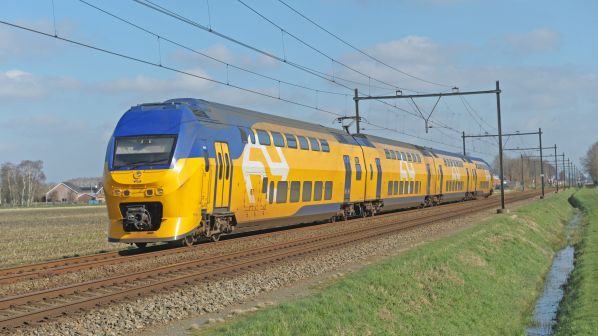 THE Dutch Ministry of Infrastructure and Water Management and the provinces of Groningen, Friesland and Drenthe in the northeast Netherlands have agreed to further develop the Lelylijn project, a new 110km railway from Lelystad to Groningen.

By providing a more direct route, the project aims to cut journey times between this outlying area of the Netherlands and the densely-populated Randstad conurbation of Amsterdam, The Hague and Rotterdam.

The Lelylijn has been included in the national long-term plan for infrastructure development (MIRT), which sets out the phases of project development – feasibility, planning and construction – and formally establishes the relationships between the national government and the provinces.

The government has made an initial provision of €3bn for developing and building the Lelylijn, which includes financial contributions from the provinces and the European Union (EU).

Studies will now be conducted and a preferred route selected for the new railway from the various alignment options. MIRT requires reliable cost estimates and 75% of the required funding must be available.

Project development will take into consideration the benefits to the local and national economy, housing development and improving connectivity. Consultation will be undertaken with the provincial governments and local residents along the proposed route.

A decision on whether to proceed with construction is expected during the term of the current national administration.

The province of Groningen is keen for the Lelylijn to continue eastwards from Groningen to the German border, and improve connections with major cities such as Bremen and Hamburg.

The Dutch government has asked the European Commission to make the Lelylijn part of the Trans-European Transport Network (TEN-T), which would make it eligible for funding from the Connecting Europe Facility (CEF).

“I am very pleased that we can start working concretely with the Lelylijn plans,” says environment minister, Ms Vivianne Heijnen. “As with every construction project, the feasibility and planning phases are as important as the construction phase.”