The new tunnel was built as part of the £700m Bank station capacity upgrade. 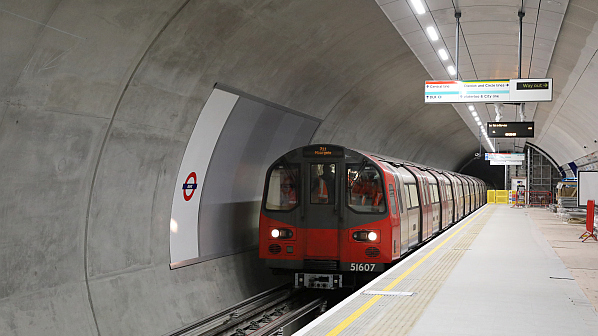 TESTING of new tunnels at Bank on the London Underground (LU) system reached a major milestone on April 16 when two trains travelled through the new structures.

A new southbound running tunnel, more than 2km-long, has been built as part of scheme. This is required as the existing tunnel has been converted into a passenger concourse.

Using two trains, multiple runs were made through the new Northern Line tunnels and new southbound platform over the Easter weekend. New signalling was also tested.

Further improvements to be completed this summer include step-free access to the Northern Line and improved access to the Docklands Light Railway platforms. There will be more direct routes within the station and a new station entrance on Cannon Street.

For information on British infrastructure projects, subscribe to IRJ Pro.