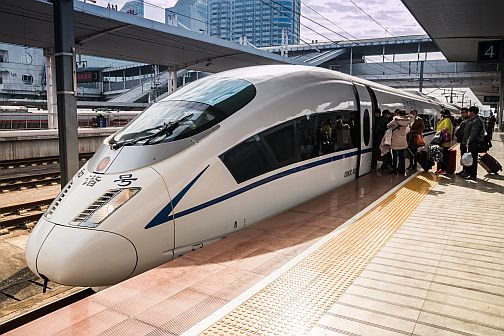 Construction of the line began in October 2017, and it connects the recently completed 350km/h Beijing – Shenyang inland high-speed line and the 250km/h line serving Qinhuangdao, Shanhaiguan and Huludao. These run broadly in parallel but until now have not had a link.

Due to the cold temperatures in the region, waterproofing bridges on the route was a key part of the project.