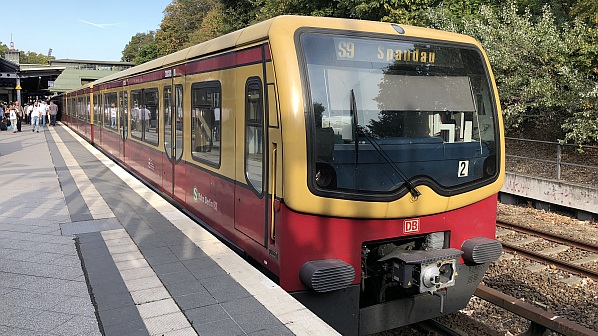 A financing agreement for preliminary planning of a 3km extension to the S25 Süd has been reached between the states of Berlin and Brandenburg and German Rail (DB).

Around €6m has been secured by the state of Brandenburg to finance the Teltow (city) - Stahnsdorf extension. Additionally, the state of Berlin is investing €4m in the preliminary planning for the 7.7km track doubling of the S-Bahn between Südende and Lichterfelde Ost via its own financing agreement.

These projects are part of the i2030 infrastructure project programme, produced by the states of Berlin, Brandenburg, Berlin-Brandenburg Transport Association (VBB) and German Rail (DB), which seeks to create more and improve rail connections across the capital region.

VBB says these two projects will support a stable 10-minute interval on the S25 to the new terminus at Stahnsdorf. The extension includes two new S-Bahn stations at Iserstraße and Sputendorfer Straße.

The state of Berlin has also signed an agreement with Havelland Railway Company (HVLE), operator of the 18km freight-only Bötzow Railway, as part of its plans to create an S-Bahn connection to the Spandau district of Falkenhagener Feld. VBB will function as coordinator between the contractual partners in this project.

New stations will be constructed at Seegefelder Straße and Falkenseer Chaussee in the Falkenhagener Feld area, relieving pressure on Spandau station. Investigations will also take place into a possible S-Bahn network extension to Johannesstift.

For data on German infrastructure projects, subscribe to IRJ Pro.