The upgrade removes a bottleneck between Koper and Šentilj. 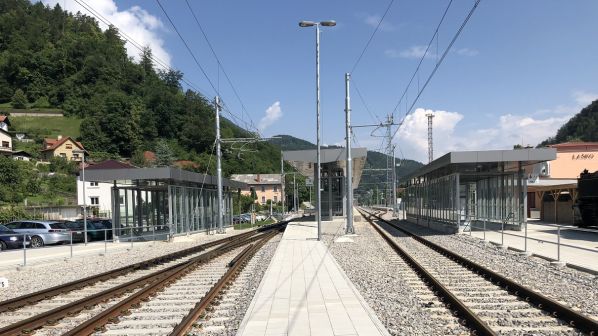 SLOVENIA’s Infrastructure Directorate has completed the €230m upgrade of the 26.2km Zidani Most - Celje line in the east of the country, which forms part of the line from Zidani Most via Šentilj to the Slovenian-Austrian border.

The upgrade of the line, which began in 2016 and removes a bottleneck between Koper and Šentilj, was completed in three sections: Zidanega Most - Rimske Toplice, Rimske Toplice – Laško, and Laško - Celje. The axle load on the line has been increased to 22.5 tonnes, and capacity increased from 328 to 354 trains a day with freight capacity increased from 20.56 million tonnes to 24.41 million tonnes annually.

The project received €90.6m in funding from the European Union through the Connecting Europe Facility, and was completed €50m under the initial €282.4m budget.

The Zidani Most - Celje, Poljčane - Slovenska Bistrica and Maribor - Šentilj lines are now due to be upgraded from a relay signalling system to electronic interlockings.