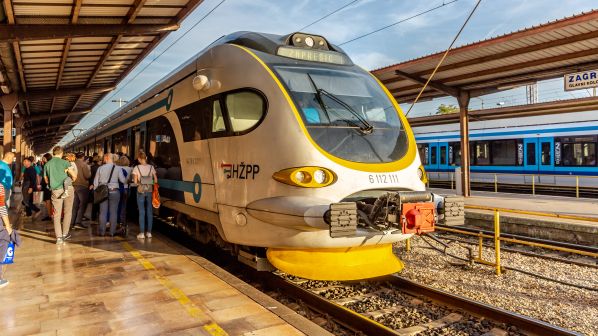 A section of the Zagreb (above) - Rijeka main line will be upgraded.
Photo Credit: Shutterstock

HŽ Infrastructure says the contract will be signed when all the legal procedures have been completed. However, the daily newspaper Jutarnji List reported that legal challenges are possible from two of the 15 bidders.

Strabag was awarded the highest number of points for its bid of Kuna 1.71bn ($US 257.8m) and deemed to have submitted the most economically advantageous bid. China Railway Eryuan Engineering submitted the lowest bid of Kuna 1.28bn. As this was 37% below the estimated cost of Kuna 2.04bn, the bid was deemed too low. Legal action could also come from third-placed bidder, Kolin Insaat Turizm Sanayi Ve Ticaret, Turkey, which bid Kuna 1.72bn.

The project, which will be 85% funded by the European Union, calls for the construction of a second track, reconstruction of stations, replacement of level crossings with underpasses and bridges, and renovation of the electrification equipment. Strabag will also be responsible for modernising signalling and telecommunications systems.

The work is expected to take 30 months. When it is completed, passenger trains will be able to run at speeds of up to 160km/h. The line currently has a range of line speeds including a short section of 55km/h, and sections limited to 60, 100 and 140km/h.