The new line will serve 11 stations and connect to Line 1. 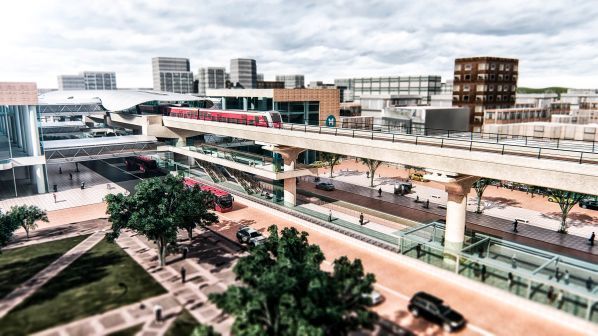 THE Unión Temporal Movius consortium, which is led by Systra, has been awarded a contract to design the second line of the Bogotá metro.

Line 2 will serve Chapinero, Barrios Unidos, Engativá and Suba. It will be 15.8km long with 13.5km underground, running in a tunnels with diametres of 7m. There will be 1.9km ground-level running and a 0.4km elevated section of the line.

11 stations will be built on the line, which will be operated using an unattended train operation (UTO) system. There will be one maintenance centre for the line.

When open, it’s envisaged up to 45,000 passengers per hour will use Line 2. The budget for construction is Pesos 13 trillion ($US 3.6bn). Construction tenders are likely to be published in 2023.

Currently Line 1 is under construction in the northeast of the Colombian capital, and both lines will be interconnected with the TransMilenio Bus Rapid Transit (BRT) network and the RegioTram del Norte tram-train line, which Systra is also leading the design project. The 24km Line 1 is being constructed in three stages and is due for completion in 2025.