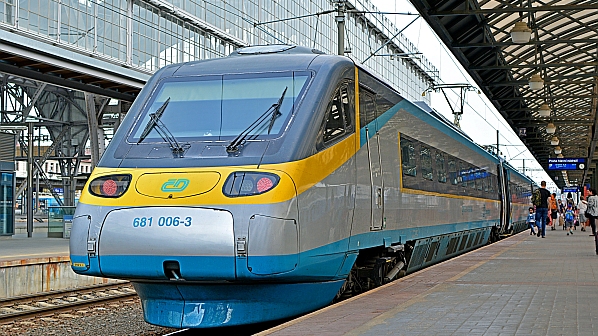 CZECH rail infrastructure manager SŽ has published details of feasibility studies for the proposed Prague - Brno and Brno - Přerov - Ostrava high-speed lines, which were approved by the Ministry of Transport in January.

A study of the Prague - Dresden line, approved at the end of 2020, has also been published. The studies reveal that construction is expected to commence initially on the Prague-Běchovice - Poříčany section in 2025 followed by stretches in Central Bohemia and around Brno in 2027.

Work will commence on the line in Vysočina in 2029 and from Prague east to Lovosice in 2030. The lines will have a maximum speed of 320km/h and will be used exclusively for passenger services. Prague - Brno services are projected to carry 50,000 passengers per day by the 2040s, while more than 40,000 passengers will use the Prague - Ustí nad Labem route. SZ has worked with French State Railways (SNCF) on the feasibility studies.

The Ministry of Transport has started to draft a new law specific to high-speed railway construction.

The law is intended to facilitate construction and overcome potential issues obtaining permits as well as including specific clauses relating to construction and operation of the lines. Most of the work is expected to be completed by the end of the year.

SŽ says the network will serve around 5.5 million people and when complete 130,000 passengers are forecast to use the high-speed system every day. SŽ also confirmed earlier this month in its budgetary announcement that one of the priorities for future expenditure is the preparation of high-speed lines in the Czech Republic.