Requests for proposals for stations, rail and systems contract expected this summer. 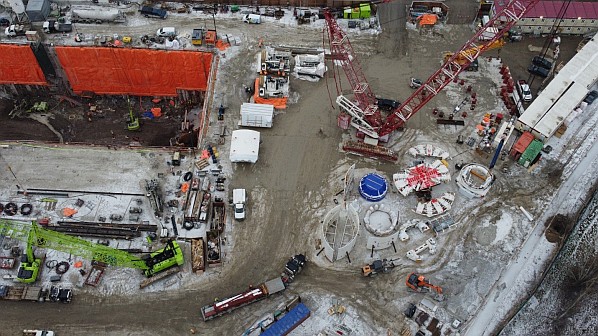 INFRASTRUCTURE Ontario and Metrolinx have issued a Request for Proposals (RFP) to the three bidders shortlisted for the Scarborough Subway extension’s stations, rail and systems contract.

The $C 5.5bn ($US 4.5bn) project will extend the Bloor-Danforth Line 2 metro by 7.8km from Kennedy station to a new terminus at Sheppard Avenue and McCowan Road. There will be three stations and the extension is expected to be completed in 2029-30, with 105,000 passengers per day by 2041.

The three shortlisted bidders are:

The three bidders have until the summer to submit detailed plans on how they will design and build the stations and emergency exit buildings, fit the tunnels with track and signalling and install and commission the operational systems.

The bids will be evaluated under Ontario’s Progressive Design-Build procurement model. Infrastructure Ontario and Metrolinx will evaluate the bids and award the development contract in the autumn. The construction contract will be awarded in mid-2024.

A feature with on expansion in greater Toronto, including insight from Metrolinx president and CEO Phil Verster, was published in the January edition of IRJ. Digital subscribers can read it here.