Ukrainian Railways continues to operate during the Russia invasion, but the number of evacuees is dwindling 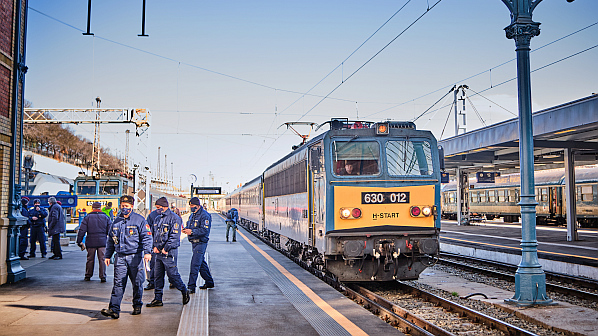 THE evacuation campaign taking refugees across Ukraine and to neighbouring countries has carried more than 3 million passengers since the start of the Russian invasion on February 24 says Ukrainian Railways (UZ) chairman Mr Alexander Kamyshin.

Speaking during a briefing on March 26, he said that the evacuation flow is decreasing and is now five times lower than on peak days.

Kamyshin says that more than 7000 tonnes of humanitarian aid has been carried by passenger trains in Ukraine and that more than 1400 wagons with aid have operated during the first month.

He says that the main focus of UZ’s work is to support the war-torn country’s economy including operating evacuation trains and establishing new logistics routes.

He claims that shippers have begun to increase the amount of goods transported by rail and he appealed to private businesses to return to work. Kamyshin claims that 700 of the 900 workers at UZ’s Dnieper locomotive repair facility are at work. He says UZ will help businesses deliver raw materials and finished products.

An in-depth round-up of the rail industry’s response to the invasion and how it has affected the sector will be published in the April edition of IRJ. It can also be read here.