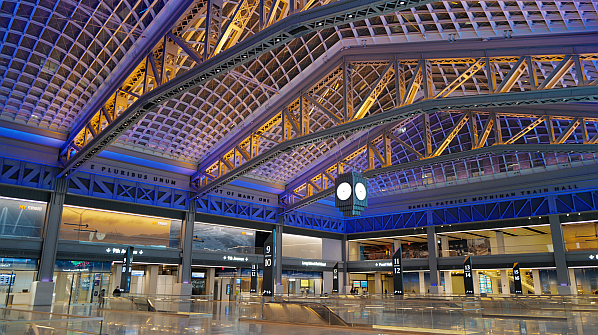 A $US 2.87bn design and build contract has been awarded for the Penn Station Access project.
Photo Credit: Shutterstock.

THE Metropolitan Transportation Authority (MTA) has approved a $US 2.87bn design and build contract for the Penn Station Access Project in New York, which is expected to be operational in 2027.

A joint venture of Halmar International and RailWorks will conduct the work, which when complete will enable a direct Metro-North service from the Bronx, Westchester and Connecticut to Penn station and Manhattan’s west side.

More than 30.5km of new and rehabilitated track will be installed to create a largely four-track line instead of the current two-track system. Four new fully-accessible stations will be constructed in the East Bronx at Co-Op City, Morris Park, Parkchester/Van Nest and Hunts Point while four bridges will be overhauled In addition, Metro-North’s New Rochelle Yard will be reconfigured, four new and one reconfigured interlockings will be introduced along with five new and two upgraded substations. The signalling, power and communication infrastructure will also be modernised.

Services will operate on Amtrak’s existing Hell Gate Line, which will be rehabilitated thereby improving reliability on inter-city services and preparing that corridor for high-speed operation in the future. Amtrak will contribute $US 500m towards the project and has also agreed to pay the costs of any delay if it fails to meet commitments to provide outages or workforce.

The Penn Station Access Project will create a second route into Manhattan for the first time, and Ms Catherine Rinaldi, president of MTA Metro-North Railroad, says introducing redundancy that can be used by the railway as it looks to pursue major capital renewal projects on the Grand Central route via the Park Avenue Viaduct and Park Avenue Tunnel.

Almost 250,000 residents and more than 100,000 jobs are within half a mile of the four stations, which will have a service frequency of 20 minutes during the peak. The new service will reduce journey times by around 50 minutes in each direction from East Bronx to Penn station, and up to 75 minutes in each direction to Connecticut. Passengers on the New Haven line travelling to west side destinations will save around 40 minutes as they will not need to travel from Grand Central station.

Estimated ridership is around 30,000 passenger per day, with 13,000 using the four new station. The introduction of the new services will eliminate 2850 car journeys.

“This one project by itself is a big step forward for environmental justice, environmentally sustainable transportation, the Bronx economy and regional interconnectivity,” says New York governor, Ms Kathy Hochul. She called the project another example of the efforts to ensure New York has the modernised transport system it needs.

For data on infrastructure projects in North America, subscribe to IRJ Pro.