The supplier hoped to see greater recognition for the issue in Trafikverket’s consultation for the 2022-2033 national infrastructure plan. 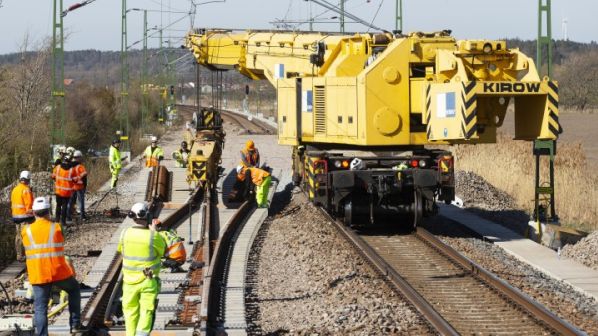 VOSSLOH Nordic Switch Systems says that the consultation proposal for Trafikverket’s 2022-2033 national infrastructure plan, which concluded on February 28, focused too little on the lack of competence in the Swedish railway industry.

Vossloh is Trafikverket’s main supplier of switches, and says that the skill shortage evident at virtually all levels within Swedish railways is troublesome, if not acute.

“The initiatives taken so far by the government, Trafikverket and other stakeholders have been welcome, but are insufficient,” Vossloh says.

Vossloh wants to see a greater effort to attract young people to the industry and says Trafikverket’s plan to establish a Railway College is necessary but needs to be complemented with investment in technical education with a railway focus at all levels of education.

“We are already prepared to be involved in the construction of a railway technical education cluster in Hallsberg by preparing space for a school in the premises we are now designing there,” says Mr Bertrand Gryspeert, PDG of Vossloh Nordic Switch Systems. “We hope that all relevant authorities, training providers and not least other companies in the railway industry want to follow us on this journey so that the railway can reach its full potential. Without a strong investment in education, the trains risk stopping.”