SIEMENS Mobility is currently developing a modular hydrogen fuel cell drive for its Mireo Plus H regional train platform, which will subsequently be integrated into other platforms. 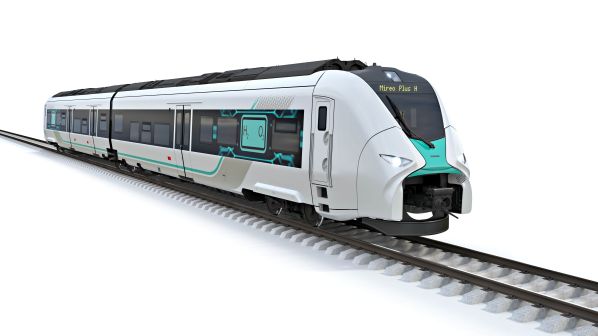 The hydrogen-powered Mireo Plus H trains will be used on existing diesel routes and in regions where hydrogen is cheaply available.

The €12m project, in partnership with Canadian fuel cell producer Ballard Power Systems and the Rhine-Westphalian Technical University in Aachen (RWTH), plans to produce a usable fuel cell drive by 2021, with a planned range of 600km-900km in two or three-car trains.

The fuel cell trains should perform to the same level as electric trains, emitting no CO₂ and have low maintenance costs. The new hydrogen fuel cell has a triple service life, 50% higher power density and 5% better efficiency.

The hydrogen-powered Plus H trains will be used on existing diesel routes and in regions where hydrogen is cheaply available through wind power and the chemicals industry.

The project is being funded by the German federal Ministry for Transport and Digital Infrastructure (BMVI) as part of its National Innovation Programme for Hydrogen and Fuel Cell Technology.