TRANSMASHHOLDING (TMH) has developed a new air-conditioning unit which includes a built-in air sanitiser capable of reliably purifying the air of bacteria and viruses such as Covid-19 as it regulates onboard temperatures. 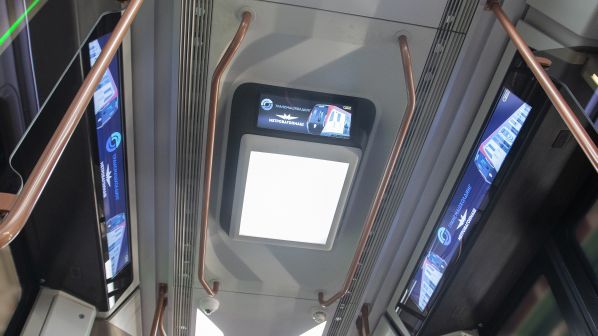 The AC unit which includes a built-in air sanitiser capable of reliably purifying the air of bacteria and viruses.

The system, developed in collaboration with Andreyev Acoustics Institute, is equipped with UV lamps which eliminate pathogens before returning the air to coaches.

The system also significantly reduces the noise emitted during operation by harnessing a set of proprietary assemblies located in the air ducts of a vehicle, which blocks acoustic radiation produced by the fans while maintaining an unobstructed flow of air.

During tests, noise levels were found to have reduced by around 10dBA compared with previous versions of the product.
The new system will be installed on the new metro vehicles, locomotives, EMUs, and other rolling stock produced by TMH, and has been validated for safety and efficiency by the Russian Scientific Research Institute of Railway Hygiene.