A contract was signed by Alstom, DB Cargo Netherlands and DB Cargo Belgium. 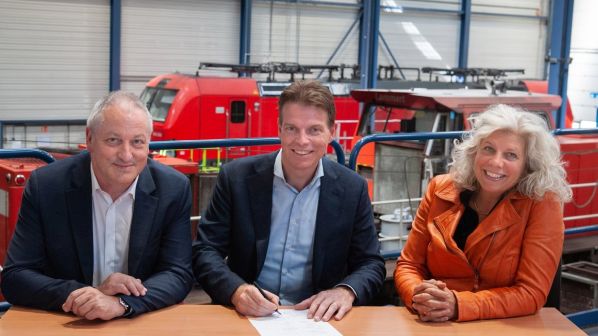 ALSTOM and DB Cargo subsidiaries DB Cargo Netherlands and DB Cargo Belgium have signed a contract for the maintenance of 60 class 6400 diesel-electric locomotives, originally built for Netherlands Railways (NS) by MaK between 1988 and 1995.

The three-year contract includes an option for a two-year extension. Maintenance will be carried out at Alstom’s workshop in Bruges, Belgium, and at the former Shunter workshop near Waalhaven-Zuid in the port of Rotterdam, in the Netherlands, which it acquired in 2021.

The class 6400 is a Bo-Bo centre cab diesel-electric locomotive manufactured by MaK at Kiel, Germany, with a power rating of 1180kW. NS ordered 120 locomotives in 1985 and 1989, which were delivered between 1988 and 1995. The locomotives were transferred to DB Cargo when it took over NS Cargo on January 1 2000. Several locomotives have since been sold to other operators, while others were transferred to Poland where they are now operated by DB Cargo Poland.