AUSTRALIAN rolling stock supplier Bradken could face a fine of up to $A 850,000 ($US 756,000) for overseeing the import of two diesel locomotives from CSR Ziyang, China, that were subsequently found to be contaminated with asbestos. 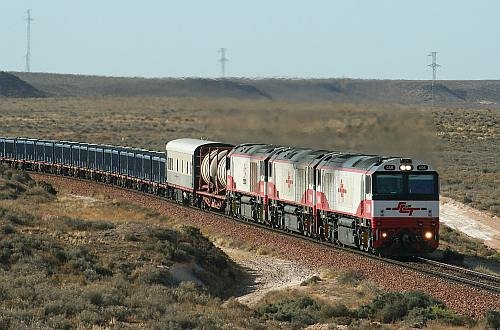 The locomotives are of the same design as the 10 CSR-class units supplied last year to SCT Logistics subsidiary Specialised Bulk Rail (SBR), in which similar contamination was discovered in October.

According to a November report aired on the ABC Television current affairs show 7.30, white asbestos or chrysotile was found throughout the locomotives: insulation around the exhaust and muffler system, around coolant pipes and in the brake exhaust section near the roof of the driver's cab.

The Newcastle Herald reported last week that the two locomotives imported by Bradken, for lease to open-access operators, have been quarantined as Australian Customs and Border Protection officials investigate the breach of a 10-year ban on the import of products containing asbestos.

A Customs and Border Protection spokesman told the Herald: "Importers are responsible for ensuring goods they import are free from asbestos and must declare this on import documentation."

A Bradken spokesman said the company acted immediately to quarantine the locomotives, stressing that it is cooperating with investigators and that the asbestos will be removed.

The entire SBR fleet was grounded at the time, but remediation has been carried out with most of the class already back in service.

Another freight operator Qube has ordered six units of the same design, but told the Newcastle Herald that it would not accept locomotives with asbestos.