FOLLOWING a tender launched in 2016, Danish State Railways (DSB) has selected Siemens to supply 26 Vectron dual-voltage locomotives with an option for an additional 18 units. A contract cannot be awarded until DSB receives approval from the Parliamentary Finance Committee. 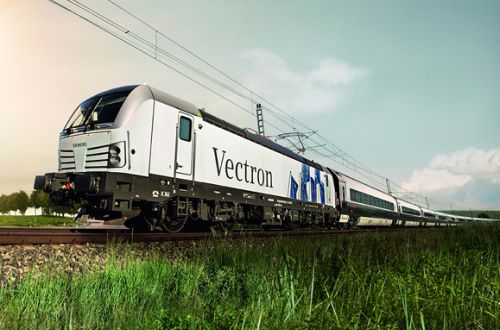 Siemens will supply its Vectron locomotive to DSB.

The 6.4MW Bo’Bo’ locomotives will have a starting tractive effort of 320kN with all four axles driven and a maximum speed of 200km/h. The locomotives will be able to operate on lines electrified at 25kV 50Hz and 15kV 16.7Hz to allow them to be used outside Denmark in neighbouring Sweden and Germany. They will also be fitted with ETCS, STM-DK, LZB and PZB signalling systems as well as GSM-R.

DSB’s CEO Mr Flemming Jensen, says the new locomotives will replace DSB’ ageing class ME diesel and EA electric locomotives and will haul its existing Bombardier double-deck coaches. “The acquisition of new locomotives is an important step towards renewing DBS’s ageing fleet,” Jensen says. “In addition to affecting DSB’s punctuality, they will also improve DSB’s operating economics as they enter service from 2021 onwards.”

Siemens will also be responsible for maintaining the locomotives for 10 years with an option to maintain them for another five years. “As part of the agreement, Siemens must use DSB Maintenance for part of the service inspection, in order for us to continue to maintain and develop our competencies in our workshops,” Jensen says.