THE board of Danish State Railways (DSB) has approved a proposal to acquire 26 electric locomotives to replace the fleet of class ME diesel locomotives built by Henschel in 1981-85. 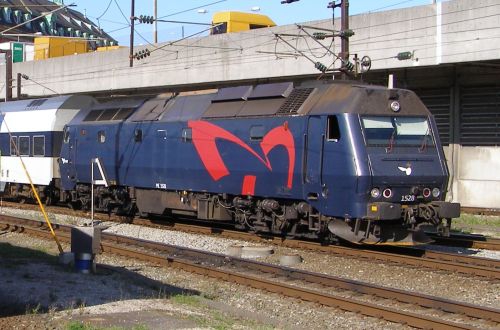 The new locomotives will replace 30-year-old class ME diesel locomotives.

The 25kV ac 50Hz locomotives will be used with Bombardier push-pull double-deck coaches to operate regional services in Zealand.

DSB says it expects to be able to fund the purchase through its own financial resources as its current transport contract provides sufficient liquidity for investment. Procurement is expected to begin in the autumn with the aim of introducing the fleet into service from early 2020.

“With the purchase of electric locomotives we will take the first step towards phasing out the ageing ME locomotives as well as reducing our dependence on [AnsaldoBreda] IC2 and IC4 trains in the future," says DSB chairman Mr Peter Schütze. “Along with our long-term plans for the purchase of new electric multiple units, it will now be possible to plan a controlled phasing out of IC2 and IC4 trains. Based on our operating experience, we must conclude that IC4 will not become the backbone of the Danish train fleet, but will be part of the solution until the electrification is completed.”