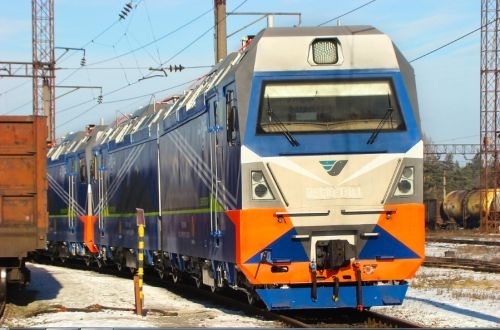 The 3kV dc locomotives are similar to the type 2ES10 units currently being supplied to Russian Railways (RZD), but have a higher proportion of Ukrainian components. Each unit has a continuous output of 8.4MW and a 748kN continuous tractive effort.

Another four locomotives are due to arrive in Ukraine in early January. The first seven units will be used to haul heavy freight trains on the Nyzhniodniprovsk - Yasinovataya line.

The remaining 43 locomotives will be supplied between 2014 and 2016 and will be deployed on the Lvovskaya railway to haul trains on the Lvov – Chop line.

The line includes the 1.7km single-track Beskid tunnel in the Carpathian mountains, which is the only section of single track on this corridor linking Europe with Russia. However, the bottleneck will be eliminated in 2016 when a new 1.8km double-track tunnel opens.