AN agreement has been signed in the Kazakhstan capital Astana by GE Transportation, the Remlokomotiv subsidiary of Kazakhstan Railways (KTZ) and Transmashdiesel to set up a joint venture company to produce GE Evolution series engines. 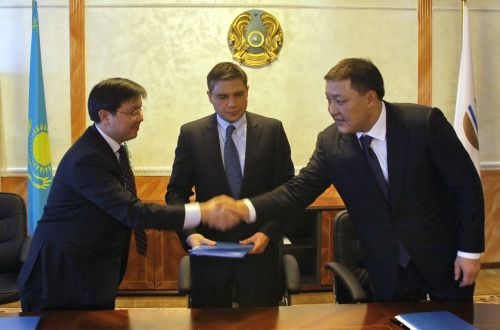 The engines will be used to power locomotives, ships, and stationary installations and will be exported to the Commonwealth of Independent States (CIS) region.

The new joint venture will build a 9000m2 factory in Astana at an estimated cost of $US 90m with the capacity to build up to 400 engines a year. The factory is expected to become operational by the end of 2014. KTZ's subsidiary JSC Lokomotiv Kurastyru Zauyty already has a locomotive assembly plant in Astana which can produce up to 100 Evolution series locomotives a year.