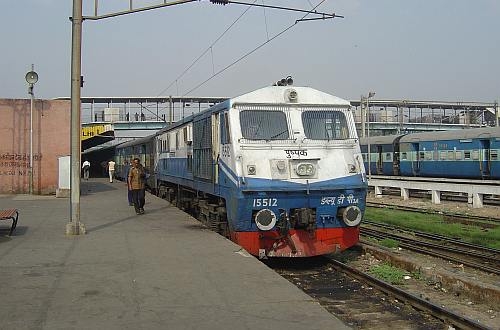 A prototype unit is being developed by Ganser Common Rail Systems, Switzerland, and is due to make its first run next March. IR plans to equip 50 locomotives with CREDI by end 2014. The cost of equipping each locomotive is expected to be around Rs 5m ($US 100,000).

IR says it estimates that equipping the entire fleet will generate annual savings of Rs 6bn on its Rs 160bn diesel bill and reduce emissions by 30%.

Diesel prices have risen several times since January, when the government permitted the state-run oil companies to fix diesel prices independently, and IR has struggled to accommodate the higher costs, which cannot be offset by increased fares.

In recent months, IR been experimenting with a series of technologies to cut costs, and it has appointed Westport Innovations, Canada, to convert a locomotive to run on Liquefied Natural Gas (LNG) – which it is hoped will bring down fuel costs by up to 40%. Initial plans are to build 20 LNG-variant locomotives, and the contract for the first new-build prototype is likely to be awarded shortly.

IR is also looking at the use of genset locomotives as well as Auxiliary Power Units (APU), which are estimated to generate savings of approximately Rs 2m per locomotive per year. On an APU-equipped locomotive, the main power unit shuts down after 10 minutes of idling and all systems are powered by the much smaller APU, which consumes just 3 litres of diesel per hour, compared with 25 litres per hour for an average-sized diesel engine.