Finance is being provided for up to 30 locomotives. 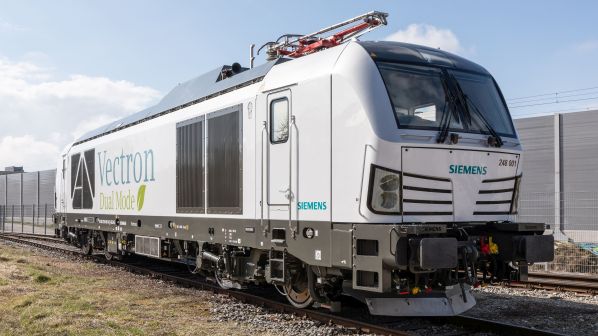 PROJECT and export finance provider KfW IPEX-Bank has announced the completion of a funding package for up to 30 Siemens Vectron dual mode locomotives that are to be purchased by Rive Private Investment and managed by rolling stock leasing company Northrail.

KfW says that it will provide up to €92.5m jointly with Siemens Financial Services through Siemens Bank.

The first 10 locomotives financed under the framework purchasing agreement are already in service or close to delivery. As the market response to these locomotives remains “very positive,” according to KfW, a further eight have now been ordered from Siemens to be delivered from 2023.

Requests for disbursement to secure further deliveries in 2024 are already being arranged, says KfW.

“We are pleased to be able to support our long-standing customer Rive Private Investment with this transaction,” says Mr Andreas Ufer, management board member at KfW IPEX-Bank. “At the same time, with these state-of-the-art locomotives are making a positive contribution to the transition of rail traffic in Germany.”

The dual mode locomotives can switch to diesel power when operating on non-electrified sections of the network. KfW says deployment results in significantly lower CO2 emissions by avoiding the use of diesel for the entire journey.