METROLINX, the regional transport authority for the Greater Toronto and Hamilton Area, has received a prototype locomotive from Wabtec subsidiary MotviePower, which the supplier says is the first North American commuter locomotive to meet Tier 4 emissions standards. 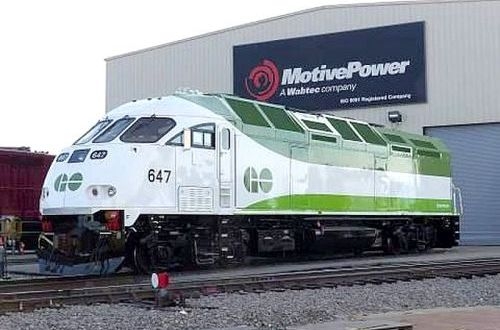 The locomotive was originally built by MotivePower five years ago and was repowered with new QSK60 diesel engines supplied by Cummins to meet the new emissions standards.

Metrolinx has also signed a $US 97m contract with MotivePower to supply an additional 16 new locomotives that meet the Tier 4 standards. MotivePower says the locomotives will be built to the same specifications but also include ac propulsion. Delivery of the units is expected to begin in 2017.