PROGRESS Rail, a subsidiary of Caterpillar, has developed a new battery-powered shunter locomotive, in collaboration with Brazilian mining company and rail operator Vale. 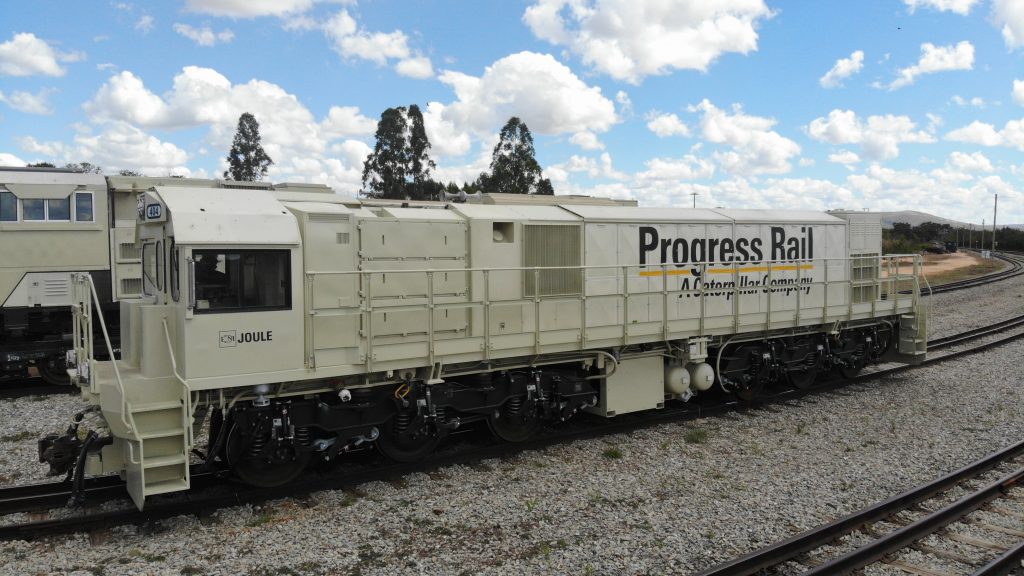 The EMD Joule locomotive features a nominal power of up to 2.2MW and an operating time of up to 24 hours, depending on charging and use. In addition, it is equipped with a lithium-ion battery pack with a 1.9MWh battery capacity, with options to expand this to 2.4MWh.

The shunter will undergo trials later this year and is expected to begin full service at Vale’s Tubarão rail yard soon after. The locomotive is part of Vale’s goal to reduce its greenhouse gas emissions by a third before 2030, and to become carbon neutral by 2050.

Development of the locomotive was carried out by the two companies over 11 months, according to Mr Marty Haycraft, president and CEO of Progress Rail.

Progress Rail plans to release the locomotive globally from early 2021.