The locomotives will haul overnight and car transporter trains. 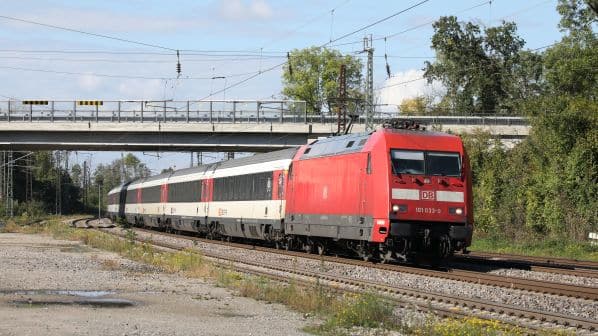 RDC says the locomotives will initially be used to haul the SJ Euronight service from Stockholm to Hamburg, which it provides traction for south of the Danish border, and its own BTE car transporter trains that operate seasonally between northern Germany and destinations in southern Germany, Austria and Switzerland.

The first two locomotives are now being overhauled at DB’s main electric locomotive workshops in Dessau and should be in service by April. Three more locomotives have been assigned for future purchase by RDC.

The DB class 101 is a Bo-Bo express passenger locomotive built by Bombardier between 1996 and 1999. The 6.4MW, 200km/h locomotives handled all major express trains until many were replaced by new ICE and double-deck IC2 trains.

DB began withdrawals of the type in 2020 although most of the 145 locomotives remain in use. They are likely to be completely replaced by the late 2020s by further new ICE and the new ICE-L Talgo trains.