JUST in time for the celebration of the 180th anniversary of Cuban Railways, which took place on November 19, the first seven class TGM8KM diesel locomotives for Cuban Union Railways (UFC) completed their journey to the island from Russia. 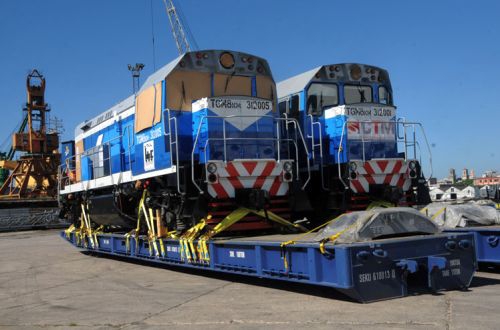 Sinara Transport Machines (STM) is building 75 of the four-axle single-cab locomotives for UFC at its Lyudinovo plant in Russia’s Kaluga Oblast.

The new locomotives will be based at Angosta depot at the port of Mariel for use for sugar cane traffic and general freight in the Western Division of UFC.

Fifteen drivers and 15 maintenance staff have already travelled to Russia for training on the new locomotives.