The decision will help the manufacturer fulfil an agreement with RZD. 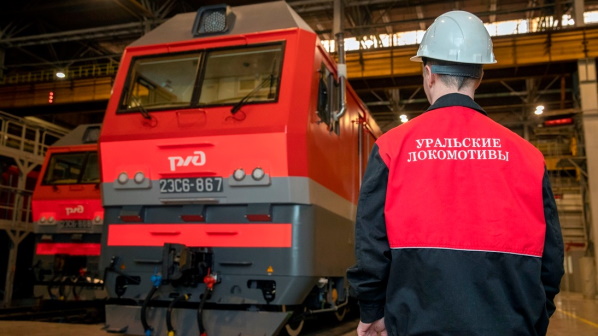 SINARA Transport Machines (STM) has announced that it will produce its new 2TE35A asynchronous traction diesel freight locomotives at the Ural Locomotives facility in Verkhnyaya Pyshma, in Russia’s Sverdlovsk region.

The decision follows the signing of an agreement by STM and Russian Railways (RZD) in November 2020 during the Transport of Russia 2020 Forum for the supply of fleets of 2TE35A and 2ES6A locomotives. The new locomotives are planned for delivery in 2023, and will haul RZD freight trains, carrying up to 9000 tonnes of freight on all sections of the network.

The two-section mainline freight locomotive was developed by the STM Holding’s own engineering division, with the team at the STM Research Centre responsible for the technical solutions for the 2TE35A diesel locomotive. Essential engine components such as control systems and traction asynchronous electric drives will be produced by STM’s Traction Components subsidiary.

“Ural Locomotives is an advanced enterprise with unique competencies in the development and production of high-tech rolling stock, which are not inferior to foreign analogues in terms of their technical, economic, operational and environmental characteristics,” says Mr Viktor Lesh, general director of STM.

“Thus, making Ural Locomotives as the centre of STM’s mainline locomotive construction site is the most logical choice. We strongly believe in the enormous potential of machines with asynchronous traction drives and have already started the work on their production.”

An interview with Viktor Lesh will appear in the April edition of IRJ.