IRJ at InnoTrans: POLISH manufacturer ZNLE revealed its new family of Griffin locomotives for the European market at InnoTrans this week. 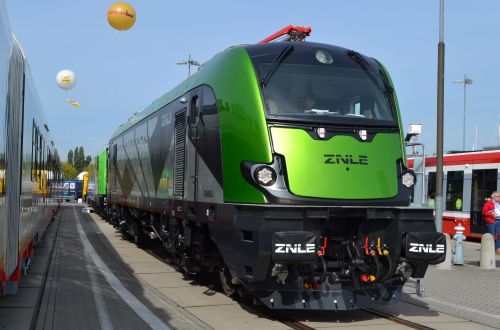 ZNLE is offering the Griffin in seven different variants to suit passenger and freight operations, including 3kV dc, 15kV/25kV ac, and multi-system electrics and a 2.3MW diesel version. All electric variants of the Griffin have a continuous output of 5.6MW, with a maximum speed of 140km/h or 200km/h.

ZNLE is displaying the E4MSU multi-system freight model at InnoTrans, and this is the first locomotive in the Griffin range to undergo certification. ZNLE will initially seek approval of the locomotive in Poland, and dynamic testing will begin at the Zmigród test track near Poznan in December. Main line testing is due to start in the first quarter of next year. Once type approval has been achieved in Poland, ZNLE plans to certify the Griffin for operation in the Czech Republic and Germany.