Trials of the system on the Weardale Railway have been completed. 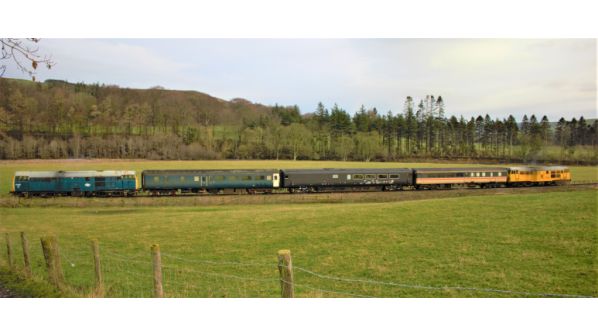 The system was tested on a BT10 bogie used on a Mark 3 coach.

TESTING of an active radial steering suspension system developed by a consortium of Liebherr-Transportation Systems, the Centre for Railway Research at Newcastle University (NewRail), and Arriva subsidiary Grand Central has found that the system considerably reduces the wear of tracks and wheels.

Development of the Liebherr Controlled Axle Steering (LiCAS) system was funded by Britain’s Rail Safety and Standards Board (RSSB) within the vehicle dynamics competition for innovation funds. The core of LiCAS is a compact, hydraulic actuator that is the same size and shape as a conventional swing arm bush, allowing it to be integrated in many conventional bogies. The system also requires a hydraulic supply unit with integrated electronics for each bogie.

The system was fitted to a BT10 bogie used on a Mark 3 coach and tested on the 28.9km heritage Weardale Railway in Britain. The trials demonstrated that LiCAS could protect the infrastructure by significantly reducing wear on the track and wheels compared with conventional suspension systems. This could save operators money by reducing track fees per-km, as well as reducing operating and maintenance costs by extending the maintenance intervals for wheelsets.

“In comparison to any passive control system available today, our active system is much more effective, since it can be optimally adapted to the individual curve radius and the different regional track-wheel geometry of the tracks,” explains product manager hydraulics at Liebherr-Transportation Systems, Mr Paul Hofbauer.

The trial specifically demonstrated that the LiCAS system considerably reduces the “angle of attack” on narrow curves, reducing wear on both the wheel and rail in curves with low radii, and placing sections with switches and crossings under significantly less mechanical stress. The simulations and test results showed that, depending on the curve radius, the contact patch frictional energy is reduced by at least 50% on bogies equipped with the system. This could extend wheelset maintenance intervals by up to 30% and, depending on regional regulations, could significantly reduce track access fees.