THE German state of Baden-Württemberg has outlined details of a €200m rescue package for public transport companies impacted by the coronavirus pandemic and has urged the German federal government to follow suit. 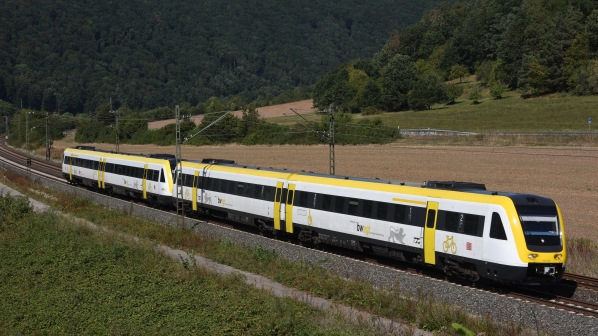 The state will provide rail and bus operators with the funds to compensate for reductions in passengers since Covid-19 lockdowns were introduced and a subsequent decline in farebox revenues.

The state estimates that operators in Baden-Württemberg have experienced losses totalling €480m and that the package will save many from bankruptcy. State minister of transport, Mr Winfried Hermann says it is the task of politics to stabilise the public transport sector and to prevent public transport from being worse off after the crisis than before because “climate change does not take a break.”

The state government says it expects the German federal government to provide at least the same amount in a comprehensive rescue package for public transport.

“We are bravely taking the first step as a state because we need a quick solution,” Hermann says. “But it is also clear that we, as federal states, cannot do this alone. In order to make sure that local transport is really saved, additional federal assistance is necessary, and the municipal side must also help. We expect the federal government to contribute at least the same amount.”

Hermann says that negotiations with the federal government are ongoing. He adds that it is particularly important that a solution is found for private companies, which are delivering publicly-mandated contracts, where margins are slim.

“There are many small and medium-sized private companies that operate mainly on public orders or in some cases on their own and without a transport contract,” he says. “Whether private or public, the permitted profits are low, and companies cannot make up for lost earnings in the future. That is why loans do not help these companies because they cannot or can barely repay them.”

The state has already assumed the €36m cost of refunding unused student public transport passes while the package includes €40m for small and medium-sized companies in the touring industry.