The network is being modernised ahead of the launch of a private concession for the line. 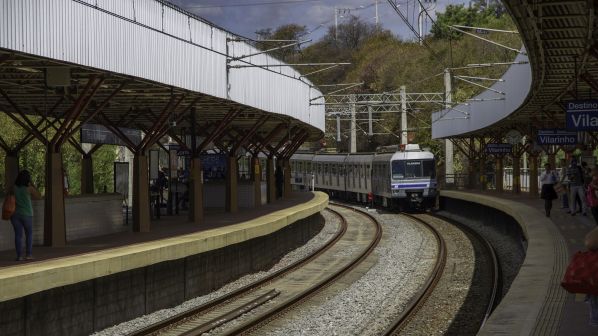 THE government of Brazil and the state of Minas Gerais have announced a Reais 3.2bn ($US 600.4m) investment in the expansion and modernisation of the Belo Horizonte Metro, ahead of the planned release of private concession to operate the network.

The Ministry of Regional Development (MDR) says the federal government will invest Reais 2.8bn in the network, currently operated by Brazilian Urban Trains Company (CBTU), while the government of Minas Gerais will contribute Reais 428m. The investment will be used to modernise the 28.1km Line 1 and extend it to Novo Eldorado station, and to open the delayed Line 2 between the Calafate district and the Barreiro region.

Plans for Line 2 have been in place for around two decades, following the opening of Line 1 in 1986. Preparatory work for earthworks, drainage and other basic infrastructure was carried out between 1998 and 2004, but was later suspended.

The MDR expects the public notice for the concession of the lines to be released in early 2022.

The minister of regional development, Mr Rogério Marinho, also launched work on September 6 to extend the Purple Line in Natal, in the Rio Grande do Norte region, by 4.2km. The project will add three new stations to the line at BR-101 North, Guararapes and Vicunha.

The federal government is investing Reais 14.8m in the project, of which Reais 8.7m has already been released. Marinho announced the construction of two new lines in Natal in July last year, expanding the total network in the city from 54km to 70km.