HYUNDAI Rotem has announced plans to enter the hydrogen infrastructure sector and to supply hydrogen-powered railway vehicles, with development of a hydrogen-powered LRV currently underway. 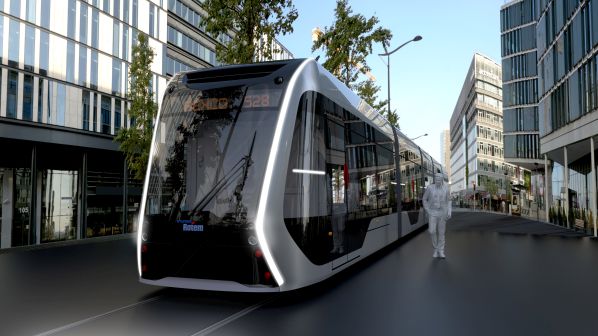 The Korean manufacturer established a Hydrogen Energy Development team last year to begin the development of a hydrogen fuel supply division. Hyundai Rotem says it entered into a sub-license contract with Hyundai Motor in February to secure original hydrogen production technology, which together with expertise from the company’s international divisions, will form the backbone of its offer.

The proposed technology can extract 640kg of hydrogen per day from natural gas. The company hopes to reduce current costs for the on-site extraction method by 15% compared with existing methods and plans to establish a standard model for hydrogen charging stations later this year. The company will also develop a dispenser, a hydrogen charging device for vehicles, and plans to secure the additional technologies necessary to develop a hydrogen vehicle filling station for the production and storage of hydrogen, a method the company says will reduce production costs compared with extracting the fuel as a by-product of petrochemical production.

A pilot project in Changwon to establish a large mobility hydrogen mobility charging station is underway and Hyundai Rotem says this will prove the foundation for a future fuelling station for rail vehicles.

Hyundai Rotem also revealed that it has been developing hydrogen-electric light rail vehicles in partnership with Hyundai Motor since 2019 and is planning to manufacture the first test LRVs in 2021.

The hydrogen-electric vehicles will be modular with hydrogen fuel cells, hydrogen tanks, and cooling systems mounted on the roof of the vehicle. The vehicle’s low-floor design will optimise space for passengers while offering additional convenience for boarding and alighting the vehicle.

Hyundai Rotem says the global hydrogen rail vehicle market is currently worth around Won 600bn ($US 500m) and it expects demand to increase as the market grows.