More than 600 coaches now on order from RailConnect joint venture. 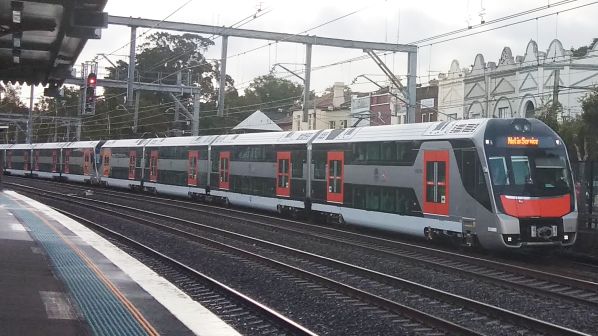 The contract extension is worth more than $A 100m ($US 73.59m) and will increase the New Intercity fleet to 610 vehicles. The joint venture will also install an additional transformer at the Kangy Angy maintenance facility on the NSW Central Coast.

RailConnect was an awarded an initial $A 2.3bn contract by the NSW state government in August 2016. This is for 55 10-car trains and these Korean-built sets received approval from the Australian Office of National Rail Safety Regulator (ONRSR) to carry passengers last month with trials underway.

Deliveries of the trains began last year, with the joint venture starting its maintenance and asset management services for the first train in December 2020. This will last for 15-year period.

The new fleet will replace V trains operating from Sydney to the central Coast, Newcastle, the Blue Mountains and south Coast.